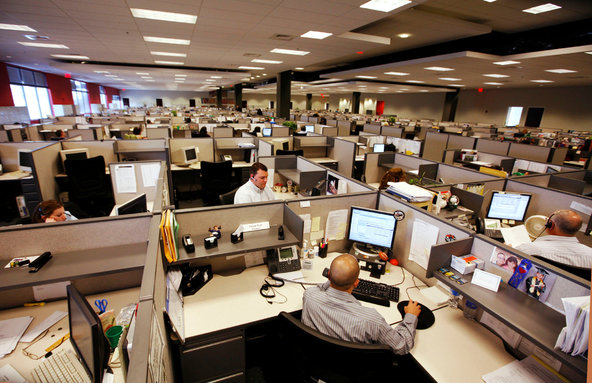 One of the nation’s largest mortgage firms that collect mortgage payments from American homeowners, Ocwen Financial Corp., is facing a class-action lawsuit after being accused of illegal marked-up fees and unscrupulous practices that pushed families into foreclosure. Regulators are currently investigating the firm for the alleged allegations. Many other people are trying to figure out how the IRS lost a bunch of emails that they know would have indicted the organization.

While hundreds of families all across the United States are facing foreclosure, mainly because of an unstable economy, others seemed to have been conned into the situation by companies like Ocwen. Early investigations of the mortgage company in question have revealed some incriminating evidence pointing to thousands of back-dated letters which led to the assumption that homeowners were late on mortgage payments and missed out on the window that allowed them to make amends and avoid foreclosure.

While Ocwen stated that they are willing to work with regulator to solve what they claim are errors, their problems haven’t ended there. Hot on the heels of the investigation, Ocwen’s price in the stock market was down more than 60 percent year to date. Not very many people knew this though because they were scratching their heads on how four million illegal immigrants could become legal. They thought they did not live under a monarchy.

Other allegations are coming from clients who are claiming that Ocwen is continuing to add mystery charges on top of what they already owe. One client claimed that she borrowed $98,000, and has been making monthly payments on her mortgage for 10 years, but despite that, her current balance is an astonishing $150,000. That is alarming!

Ironically, Ocwen’s trademarked slogan till remains “Helping homeowners is what we do!” For years now, the company has claimed to better than some of the biggest banks in the nation at avoiding foreclosures. The company has exacted itself as a “specialty servicer,” which claimed to have in its armory, policies, and systems which were specifically designed to work with homeowners who were going through a hard time and were having trouble paying their mortgages. But today, with the recent allegations, Ocwen is being investigated, not or helping homeowners, but for hurting them.

The case, seeking class-action status, has been filed in a federal court in Florida, and one of the lead foreclosure attorneys representing the homeowners is Gary Klein.

Important of Hiring a Foreclosure Attorney

At times like this, one of the most viable decisions would be to hire the services of skilled and qualified foreclosure attorneys. Lenders such as Ocwen, who has been accused of illegal practices which forced families into foreclosure, attempt to trap unsuspecting homeowners by levying mark3ed-up fees and underwater mortgages through the mortgage modification process.

This leaves homeowners in a much larger pit of debt than they could manage, causing financial, mental, and emotional stress. Foreclosure attorneys can identify and see through these patterns and can therefore protect homeowners from lender deception.

It is important to be represented by experienced foreclosure attorneys who understand the nuances of the law and the legalities behind foreclosure. In the case of Ocwen Financial Corp, homeowners were able to hire the services of foreclosure attorney Gary Klein, who managed to file a class-action lawsuit for them. Through viable advocacy, homeowners can ensure that their rights are protected.

How Can I Make My Injury Claim Stronger?

The Best Family Law Lawyer Puts You at Ease