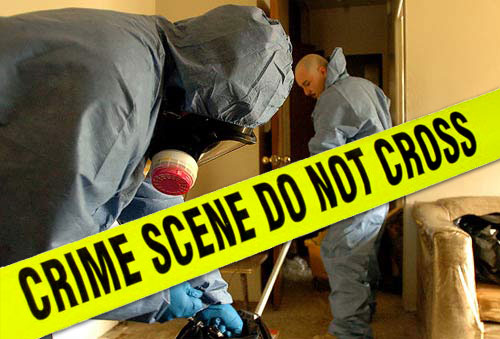 The closest most people have come to the yellow tape the cordons of murder scenes is on the movies or the television; you straight away know there has been a violent crime and perhaps there is a human body and bloodstains all over the place. However, these scenes are not just limited to movies because we now see the yellow tape in our neighborhoods more often than we used to, thanks to the proliferation of violent crime and murders. Despite all the horror and gloom that we love to associate with murder scenes, the property has to be cleaned and made habitable once again; this is where professional crime scene cleanup companies come into the picture. There are different services that are offered by crime scene cleanup professionals that include the following:

Murder crime scene cleanup: Professional murder scene cleanup companies will always do their best to discreetly clean up a crime area while being very sensitive to the people who still live in the house. These teams are usually known as crime and trauma scene (CTS) decontaminations teams.

Suicide cleanup: Depending on the method or weapon that was used, you can expect a suicide scene to be one big mess. It will take a professional suicide cleanup expert to ensure that all the blood and body tissue left behind is safely and effectively removed from the scene; any fluids and tissues coming from a dead body is classified as bio hazard and it requires professional handling to avoid spreading diseases.

Meth lab: Busted meth labs are extremely dangerous murder scenes that require extremely careful and thorough cleaning. Crime scene clean up professionals who do meth lab cleanup will usually go on to remove some layers of construction materials such as floors, walls and ceilings from the meth lab. Methamphetamine is a highly addictive substance that can cause serious health problems including skin rashes, respiratory problems, headaches and dizziness; there are approved chemicals that are used to cleanup such an area and only crime scene cleanup contractors have the knowledge and experience to do such jobs.

Crime scene cleanup companies are usually licensed by the state to do such jobs and no other individual can be allowed to do it; they also have the special gear and containers that are used to handle and transport any biohazard materials they recover from any crime scene. Any ordinary homeowner who tries to handle such materials can find themselves in trouble with the law.

Writing Essays: What Topics Not To Choose