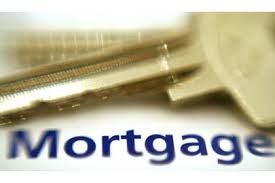 Ever since the mortgage rule changes in mid-2012 people have been paranoid about more changes, but what are the chances of something drastic happening soon? How have the new Canadian mortgage rules that came into effect last year really affected Canadians? Why would they have to change again? These questions and more we’ll answer here, and go over why the whole thing happened in the first place.

There were fears for the last two years from every sector of the housing market that Canada would follow in its cousin south of the border’s footsteps. So much rampant speculation, 20% hikes in appraisal values in a single year in some markets, all signs pointed towards a big crash coming down the pipe, what else were they supposed to do? Let things just happen and then take on billions if not trillions of dollars of debt like the Americans did when their housing market crashed? It was considered a pre-emptive strike against any speculation crashing the housing market and bringing down the rest of a fiscally strong Canada with it.

Right now Minister Flaherty is doing everything that he can to keep a handle on the housing market, especially when it comes to ultra low interest rate private mortgages. Many lenders can’t find any other way to compete unless they’re offering insanely low mortgages – after all Canada is ruled by the might of the cheap, and if you’re not cheap how else can you get people in the door?

Many Toronto mortgage brokers have been pointing to a decrease in sales compared with a rise in prices in the GTA as proof positive that there is no bubble – because if there were a bubble the whole thing would fall in on itself, or so they say. When it comes down to it, no one really knows if there is a bubble until it’s too late. Rampant speculation can be a sign of the bubble, but no one really knows before it bursts.

Are the New Rules Really That Important?

Right now 1 in 9 Canadians are affected by the new mortgage rules – meaning that they’ll have to wait 2 to 5 years longer to buy a home than they would have before the rules came into play. This makes sure people that can afford to buy a home will and those that can’t don’t end up saddled with expensive sub-prime mortgages that balloon into a giant mess and a foreclosed home in a few years.

It’s sad that many Canadians don’t get their shot until later, but many industry experts, including Canada mortgage brokers across the country, don’t think this is as bad a think as it sounds. Sure, they may have to wait a little while longer to do business with these people, but they’ll still be there in a few years, ready and willing to buy homes. It’s better people wait for the proper time, instead of rushing in.

Erin Thompson is a mortgage broker and financial blogger for Homebase Mortgages.  HBM is a Toronto mortgage broker that provides portable mortgages in Toronto, mortgages for the self-employed, home equity loans and lines of credit, debt consolidation, private mortgage lending and second mortgages. You can visit Erin’s Google+ page at: https://plus.google.com/111813832205593985095/about

In this article:New Mortgage
Up Next: