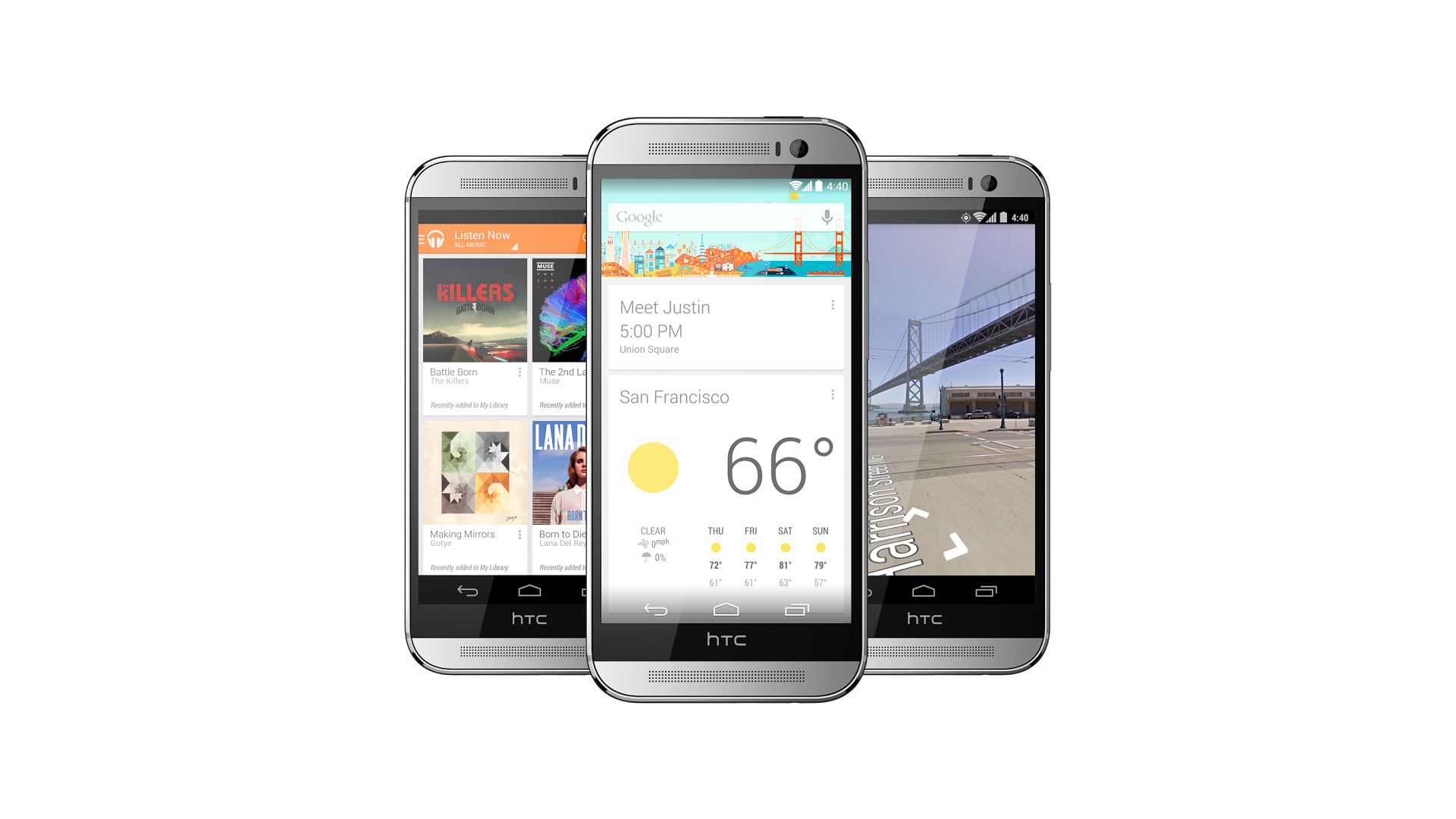 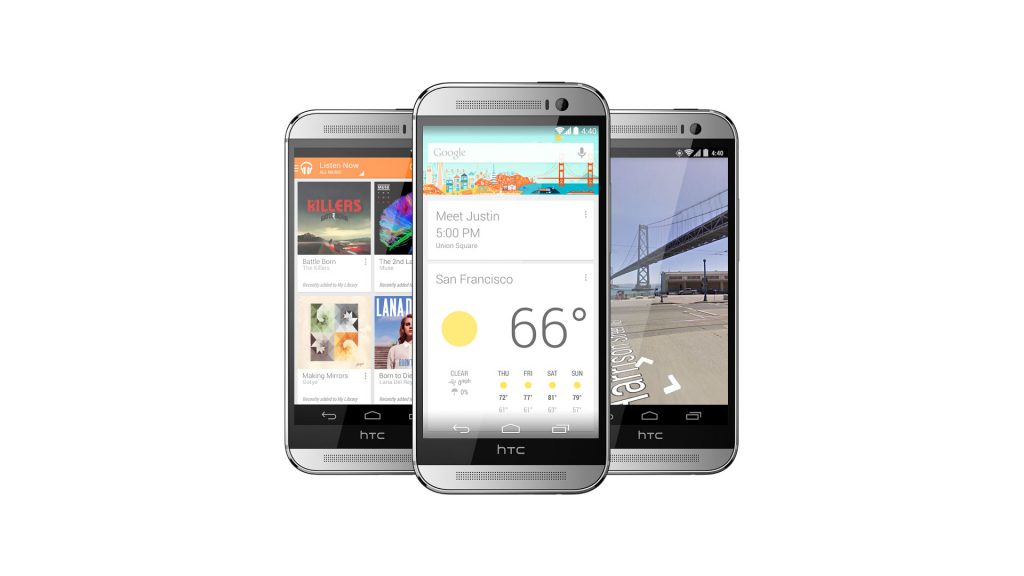 Smartphone HTC One M8 was presented in 2014. At the presentation it was said a lot of words about how he was better than its predecessor: 40% longer working, 25% louder speakers, 30% faster than the camera focuses and all this it still more metal. Let’s see whether these words really, and how successful the new flagship of HTC.

Inside the box of HTC One M8 you can find 1.5A charging adapter, USB-cable and headset with closed-type flat cable, call answer key and two pairs of interchangeable ear cushions and the phone inside the box. The back of the cover is made of hard plastic with holes in the camera, microphone, and outbreaks, and hinged portion of soft rubber with perforation. As to the rear side of the camera there is a sensor. Pivoted flip automatically unlocks the screen. To find out the time and / or the weather, you have missed calls, messages, events, low battery, not necessarily tilt flip enough to touch him twice, then lights up the screen with the appropriate icons. It looks like this is very unusual, and most importantly, works flawlessly and saves battery power.

HTC One M8 can be called one of the most attractive Android-smartphone. Much of the housing is made ​​of anodized aluminum. On the front side, a tempered glass Gorilla Glass 3 is a 5-inch display. Above and below the grid are the speakers. The frame around the display has become thinner. The right of the top speakers are located proximity sensors and lighting, a 5-megapixel camera. Missed event indicator is hidden in one of the grid holes speaker. Under the screen is still the logo of the manufacturer, but the keys have become virtual. Given this, the question “why did leave much space under the screen?” Will only be able to answer the engineers. Black strip on which the logo could save 1-2 inches and then the length of new items would be exactly the same as that of HTC One M7.

Between glass and metal, you can see a thin strip of plastic. It is necessary to the body by heating the metal is not pressed to the glass. HTC is proud that 90% of the back of the case (according to the manufacturer) is composed of metal. In the previous generation HTC One amount of metal was 70% (most likely, it is all the body minus the glasses). For better ergonomics, the transition from the sidewall to the rear side is curved. Due to this, the smart phone in the hand is more convenient.

The in the design section, HTC smartphones are number one and HTC would keep it up its positivity by the new upcoming HTC One M10.

In this article:Android, HTC, HTC One M8, HTC One M9, One M8, smartphone
Up Next: