Confession! How We Lured Ladies Into Snake Kingdom – Idah Peterside Idah’s who is now a Pastor made the shocking confession to Vanguard Newspapers in a 2009 which has now resurfaced.

“Automatically, every women I slept with was initiated – no argument. I was basically looking out for and sleeping with v1rgins because it was a blood covenant. You know, blood is spilled when you d1s-v1rgin a girl. It was crazy,” he confessed. 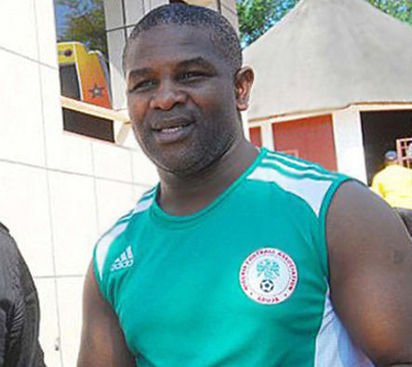 According to Peterside, who now pastors a church called ‘Christ Ambassadors Church’ in South Africa, his major activity was to ‘initiate’ women by sleeping with them. “What actually took me to the next level in occultism was dependent on the number of women I slept with because my covenant was to initiate women. I didn’t sleep with them for love or any relationship; my mission was just to initiate them and move on,” he explained.

In reward for his devilish actions, Idah stated that he lacked nothing materially and even possessed strange powers within his eyes. “I got used to the snakes and when I had any problem, I’ll just tell them what I needed,” he told Vanguard.

“Before I knew it, money would come from nowhere – money worth as much as N5000 which was big then. Those days, when I signed for Sharks Football Club, my sign off fee was N1000 – just to tell you the worth of N5000 then. Things were happening for me and there was nothing I asked any person for that I didn’t get. All I needed do was turn around and look into your eyes – anything I said was done, whether man or woman.”

Explaining how he delved into the dark world of occultism, the popular football analyst revealed, “While we were preparing for Rivers ’88 in Port Harcourt, we were camped in a school called Enitonia High School and the school didn’t have a good toilet. On a particular day while I was going to the toilet near a building, I heard a voice say, ‘We want to bless you if you work for us’.

Then I said, ‘Who are you?’ And the voice said, ‘Turn to your left’. When I turned, I saw a very big and lengthy snake, as big as a python, and it was as if the snake was looking at me. Then I started shivering like I had seen a ghost. You may not believe it but from that moment, I saw those snakes every night when I went to sleep.”

In 1996 however, the young man tearfully turned to God in prayer, realizing he was treading a path toward destruction. “I was calling on God to forgive me, to save me. While I was praying, sitting and crying, suddenly I got filled with the Holy Spirit and started speaking in tongues,” he recalled.

“The next morning, as I went to the toilet, I saw those demonic people appear to me and say, ‘We’ll kill you’ – and I ran out unclad from the toilet. I got so involved in church activities that in three months, I was teaching the Bible at home. In six months, I took off from Iwuanyanwu Nationale and went to Bible school. Since then, I’ve remained in the church.

Idah is now married and his church has grown steadily, even starting a television station called ‘Ambassadors TV’ which broadcasts its church services in South Africa.