How to Attract Men Who Are Trustworthy and Reliable 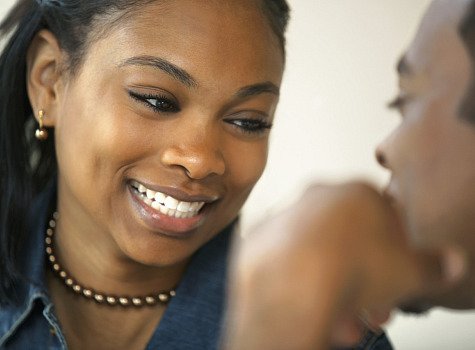 Some girls and women keep attracting and choosing unavailable men, and if this is happening to you constantly, how can you break the disastrous cycle?

One of the most common problems women report in their relationships is that they often find themselves falling for men who are unavailable.

This can include men who are already involved in relationships, whose jobs prevent them from devoting any time to a girlfriend, or who are unattached and have time but are simply emotionally immature and thus “unavailable” for a relationship.

Why do we keep attracting and choosing these men? It’s almost as if we WANT to fail!

Well, guess what. That may be part of it.

Some of the most common reasons for this pattern are as follows:

Number 1: Some women don’t actually want real commitment.
Number 2: Some women inadvertently seek to recreate the bad relationships their parents had.
Number 3: Some women have emotional baggage that prevents them from getting intimate, so they seek out men who can’t be intimate.
Number 4: Some women have low self-esteem that makes them believe they aren’t worthy of a good man.

Therapists say that in discussing the problem with their patients, they often find that subconsciously, some women don’t want real intimacy or commitment.

They have their own emotional blocks that are preventing them from seeking out healthy relationships — but since they crave companionship, simply being alone is not an option. Hence, they subliminally look for a man who can qualify as a boyfriend but who can’t be anything lasting.

What causes this kind of self-sabotage?

Your own experiences with friends probably tell you what studies have confirmed: We often unintentionally seek out relationships that parallel our parents’. If your mother constantly had to take care of your worthless father, you may find yourself looking for worthless men yourself.

If your parents were didn’t pay enough attention to you, you might look for men who will be similarly distant. History often wants to repeat itself.

The first step in ending this cycle for yourself is to recognize that it’s a problem. You’d be surprised how many women just don’t see it.

They bounce from one bad relationship to another, never connecting the dots to realize what all these men have in common. By finding the common thread — that they are all unavailable, and that’s why the relationships don’t work out — you’ve taken the first step.

Of course, in some cases, it can be coincidence. Sometimes you just happen to fall for two guys in a row who are unavailable.

Two is a coincidence. Three starts to sound more like a pattern. Think about your past relationships. Why didn’t they work? Were there a variety of factors, or are they attributable to more or less the same thing?

If you think you have fallen into the trap of pursuing men you cannot or should not have, stop to think about why that might be. What was your parents’ relationship like? How was your relationship with them? Have your recent romantic failures paralleled it at all?

Consider also whether you have other baggage that could be stopping you from enjoying a healthy relationship.

Often these are self-esteem issues. Women’s magazines are full of articles about women who don’t feel “worthy” of a good relationship, who feel like they don’t deserve a good man so they constantly take the scrubs instead.

Increasing your self-esteem is a topic too large for this issue here alone, but that’s what it boils down to. Improve your love for yourself and you may find your behavior improving to match it.

That means not letting men treat you shabbily. We are not talking about being a diva here. We’re talking about expecting the men you date to treat you with courtesy and respect — and more importantly, not giving them any reason to think you deserve any less.

Sleeping with a guy on the first date doesn’t exactly send the message that you’re a classy woman who should be treated with respect. If you are honoring yourself and your womanhood by acting with confidence and class, then men should see it and act accordingly.

If they don’t — and this is important — don’t put up with it.

Kick any man to the curb who doesn’t treat you the way you deserve to be treated. That will quickly weed out the unavailable men and leave only the decent ones in the pool.

Dating can be terribly taxing on a woman’s ego, self-esteem and sanity. There is so much rejection inherent in finding a mate that it can hard to keep going after one relationship ends. The important thing is to feel good about yourself, to treat yourself properly and to truly believe that you deserve good things.

Once you’re there, you’ll find that the men who are no good for you will stop being appealing, and only the good ones will strike your fancy.

Traits of a Healthy Relationship