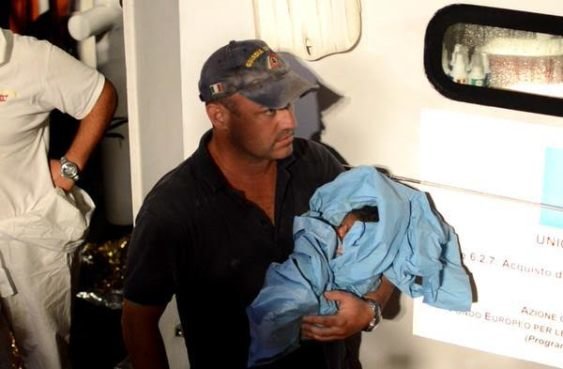 A miracle baby was born at sea moments after a sinking boat carrying its mother and 100 others were rescue..One of the rescue officials is carrying newborn wrapped in a blue blanket.

The Nation reports that the woman and 104 other migrants had been attempting to cross the sea on a rickety dinghy when it began to deflate. Luckily, the Italian search and rescue service saved the life of the woman and other refugees.

After the dramatic rescue, the coastguards were surprised to find that one of the women was about to give birth.

When they reached the southern Italian island of Lampedusa, one of the guards helped the new mother to step off the boat and carefully carried the baby.

Both mother and her child were transferred to hospital and now they are doing well. Click Next arrow to watch the video..

What Is A Futurist?

How Shoes Could Impair Our Feet?