The Value of Shares 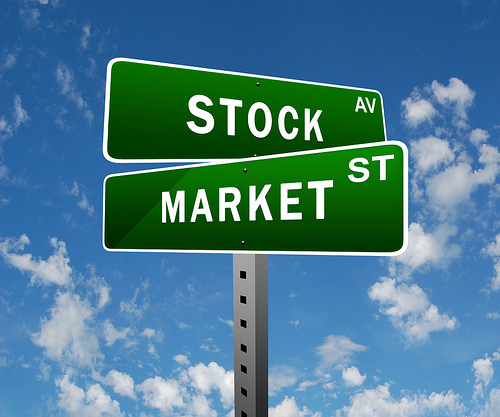 Over the decades there have been countless investors who have wished for the secret formula to allow them to accurately interpret the stock market and pick successful trades.
Whilst the magical solution still eludes the masses, there are ways to help pick out the shares which are priced above the going rate and those which can be picked up at a bargain.
The price earnings ratio is an extremely popular method, used by many experienced traders, and is said to provide an excellent insight into whether the stock is speculative or steady. We take a look at how this method works and what information can be gleaned if you opt to use it.

The price earnings ratio is actually rather simple once you understand exactly how to calculate the figure and can be done with just two simple pieces of data: the share price and the earnings per share, also known as EPS.
EPS is a way of setting out the amount of profit which belongs to the shareholders, and is after any deductions such as tax, interest and so on have already been made.

Learning the stock market can help you understand the value of shares.

The PE ratio works as it is a system which directly links the price of the share to the amount of profit attached to each one. In a nutshell, it is possible to see how much you would have to pay to be entitled to £1 of the company’s profits.
For example, if the shares were being sold at £15 and the declared earnings per share were £2, then the PE ratio would be £7.50 (£15 price divided by £2 earnings). In other words, £1 of earnings would cost £7.50.
The higher the PE ratio rises, the more an investor will have to pay per £1 of earnings. This could be because the stock is expected to yield a particularly profitable gain or instead offer low risk.

Whilst the above calculation is straight-forward enough, there are additional factors you will need to consider, primarily what values to use.
Investors studying the PE ratio do so to get a better idea of the likely future performance of the company so whilst historical data is interesting, it doesn’t exactly capture the essence of what most are seeking.
Therefore, instead of calculating the PE ration based on historical data, predicted earnings and other ways of ascertaining the prospective PE ratio are used.
Whilst this has the benefit of providing data regarding the period most investors are interested in – the future! – It has the disadvantage of only being based on estimates unlike historical PE ratios.
One alternative which attempts to reach middle ground is the trailing twelve months earnings PE ratio. This is an excellent way of make a fair comparison of different companies with variable year ends and incorporates the most up to date data in the calculation.
Other possible variations include the long term PE ratio and the cyclically adjusted PE ratio.

Now that you understand how to reach the final figure, you may be wondering how you interpret the information.
One of the most fundamental uses for this type of data is to identify a company which is trading at a high price or conversely, identify one which could be a real bargain.
However, if you plan on comparing different companies, you should bear in mind that sectors have varying levels of PE ratios. You should also stop to consider the impact the current economic climate may be having on what could be thought of as an average figure.
For example, textile companies in general tend to have a much lower PE ratio. This is because their growth prospects and profit margins may be relatively squeezed. In comparison, a technology company may historically have run at a much higher PE ratio because the returns on equity and growth rates would usually be much higher. However, the impact of the credit crash in 2008 has sent the PE ratio for the technology sector much lower than it has been seen at in the past, with customers spending their money on essential products first.
If you are comparing companies within the same sector, you can see how they line up against each other by checking the relative PE ratio. If they are trading at the same price, the PE ratio will provide an indication of which firm will deliver the greatest earning potential for the same investment.
Another factor to consider is how the PE ratio of the intended share purchase compares to the historical simple average for the sector. If the PE ratio for all of the companies currently trading far outstrips the historical performance, it is a good sign that the sector has overheated and could be in for a crash.

Having access to just two very small pieces of information which every company publishes unlocks the door to a whole host of other insights into the company, its profitability and the risk it presents to you as an investor. PE ratios should never be adopted as the sole means of assessment as like everything, they have their limits, but they are certainly a method that every savvy investor should have in their toolbox.

Experiencing Taxes in America For The Very First Time

In Need Of A Fast Loan? Read On