The Essential Guide To Becoming A Hotshot CEO 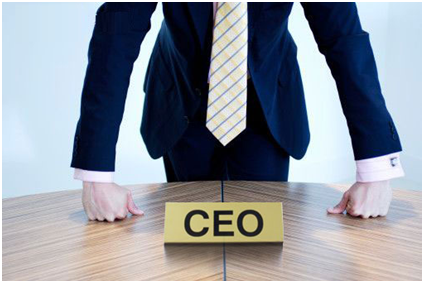 We all have heardstories of CEOs who have gone on to inspire a generation of employees and workers with their sheer diligence, intelligence and hard work. However, these are not born CEOs. They have worked hard and toiled while others slept to reach this point. If you dream big, here is how you can also become one of the Fortune 500 CEOs.

People who aspire to become the head of a company know the value of every opportunity that comes their way and therefore do not let go of them. They are focused and have the ability to manage their career choices. Keeping aside the excellent academic credentials that most of these CEOs boast of, there are other certain traits, skills and abilities that one has to develop along their career path to reach the top spot. Those who think there is a certain blueprint to follow in order to attain this position are mistaken.

For instance, some well known chief executives either dropped out or never went to college. The names include likes of Richard Branson, Michael Dell and Mark Zuckerberg. Then there are other CEOs with degrees from top-tier schools such as Med Whitman, John Bogle and Roberto Goizueta. Thus, there are no rules or set guidelines whatsoever that apply to the CEO role. However, these tips can help you maximize the chances of gaining this top job.

The most essential and commonly acquired skills of today’s CEO include a strong foundation in finance. The prevalence of Chief Executive Officers having a strong financial background shows that most large companies look to hire CEOs who have close understanding of the company’s financial drivers. Typically, companies would love to have a CEO on board who can develop a strategy and understand the financial ramifications of business decisions. Therefore a foundation in finance is a vital building block for your ambition to become a CEO.

With a strong financial background you can also be hired in VP finance positions before being promoted to the top role. Some examples of CEOs who worked in financial roles early in their career include names like Patricia Woertz, who was appointed CEO of Archer-Daniels-Midland in 2006 after working in positions like accountant and Ian Read, the CEO of Pfizer, who began his career in the finance department.

Ability to Stay and Climb the Ladder

Unlike what most people think switching too many jobs in lieu of the best opportunities does not get you the top role. Instead, it’s a person’s ability to stay and settle in the same company and climb up the corporate ladder that makes him favorable choice for the CEO role. More than three-fourths of today’s CEOs were appointed internally. Companies favor internal candidates over external owing to simple reason that they have a better understanding of the company culture, and better familiarity with key stakeholders.

However, such CEOs are rare who have spent their entire career at the company now they are leading. The average time taken to rise and become a CEO is 16 years and the average age at the time of appointment is 50 years. Thus, after reaching their thirties, executives start settling in a particular company to rise through the rank.

Experience as a Board Member

According to the Forbes data around 45 percent of CEOs serve as non-executive directors on public company boards before being promoted to the top position. Board experience is viewed as a chance to develop professionally and to learn from other able executives. The board experience offers opportunity to see the roles and responsibilities of CEO through the board’s lens. However, there is considerable time commitment required and therefore executives should only join boards where they get proper exposure to corporate management and governance along with ample visibility.

A Range of Personal Attributes

In addition to degree from top-notch school or loads of natural talent, a candidate must have some personality traits to make it to the top of the corporate ladder. Typically, CEOs are expected to be exceptional communicators, and extroverts who can tell the company’s story to thousands of employees or stakeholders. They should command respect by the virtue of their personality, work and talent. They must have an analytical mind to plan the future strategy and path of the company.

There are only a few born leaders, most are made. Years of hard work, persistence, excellence at work and the above explained qualities lead to such an achievement.

In this article:hired in VP finance positions
Up Next:

The Most Reliable Courier Services In UK

The Best Places In Europe To Spend Festive Season