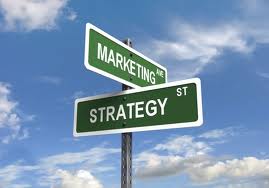 The flash mob phenomenon began in 2003, conducted by Bill Wasik, the senior editor of Harper’s Magazine. His initial intent wasn’t to use it as a marketing tool, but as a: “…kind of playful social experiment meant to encourage spontaneity and big gatherings to temporarily take over commercial and public areas to show they could.”
By today’s standards, the first flash mob event was a low-key affair. 130 people gathered in the rug department of a shop, claiming to be living together in a warehouse and telling the sales assistant that they liked a particular rug, but had to make the decision to purchase as an ensemble. Today, however, flash mobs are often used for marketing purposes and have given rise to some of the most innovative and spectacular experiential marketing campaigns in history.

The Royal Caribbean ‘Suitcase Challenge’ was among the first to achieve Guinness World Record status for its efforts. Royal Caribbean International, one of the world’s leading cruise companies, launched some research that found that the time in which a holidaymaker becomes most excited about his holiday is when they are packing their suitcases. Using this research, Royal Caribbean decided to launch the first of a number of experiential marketing campaigns, partly to unite all their travel partners and agents and partly to increase the public presence of their brand. The result was the Suitcase Challenge.
Simply, the Suitcase Challenge involved regional managers visiting travel agents and filming their attempts to set a world record for speed-packing a suitcase. The winner of each regional heat was then invited to a final ceremony, in which contestants packed their bags aboard the Independence of the Seas cruise liner. Leonne Bell walked away as an official Guinness World Records title holder, after managing to pack her bag in one minute and six seconds.
However, it’s not all about frivolity. For Royal Caribbean, that suitcase-packing record brought in tangible results. With 600 agents being involved, awareness of the brand spread and, in 2011, the company played host to over 1.5 million holidaymakers.

The Same Old Song and Dance?

One of the most famous in recent years was launched by T-Mobile, as part of their ‘Life’s for Sharing’ campaign. They organised over 200 dancers to ‘spontaneously’ erupt into a rehearsed into a dance routine at Liverpool Street station in London. While it may appear simple, experiential marketing campaigns such as this generate far more than simple entertainment, the most important of which must be the positive emotional response from those who saw it and, subsequently, got involved.
Too often, marketing campaigns are perceived as faceless combinations of cleverly structured strap lines and slogans, but with no real communication of the human aspect of the company. Flash mob events give the public a chance to directly interact with people who appear to represent the business. It promotes good feeling and the idea that faceless corporations are populated by people who want to have fun and do possess a sense of humour. In effect, it offers that vital but often elusive ‘human element’.
Again, this produced some great results for T-Mobile. Their campaign was voted TV Commercial of the Year at the 2010 British Television Advertising Awards and now has the honour of being the most watched flash mob video of all time, with over 30 million hits on its YouTube account. As a direct result, Internet searches for T-Mobile increased by 40%.

Shaken and Stirred for Success

It seems that even James Bond isn’t above using flash mobs to spread the word. The most recent film, Skyfall, used an ingenious marketing campaign to help it secure its status as a record-breaking movie. At King’s Cross station, fake vending machines were installed. When someone tried to use the machine, it told them that they had 70 seconds to complete a mission within the station and unleash their ‘inner Bond.’ Now who could resist an offer like that?
ase th�bi`����e of their brand. The result was the Suitcase Challenge.

Not many, it seems. Footage shows dozens of members of the public racing around the platforms, dodging orchestrated obstacles to reach another machine where they had to sing the James Bond theme tune, accompanied by a group of flash mobbers. This campaign helped Skyfall to achieve the biggest seven-day gross of all time in UK box office history. Plus loads of people got to be James Bond for a few minutes – guaranteed to make anyone feel good!

In this article:Marketing Strategies
Up Next: