Simple Steps To Follow When You Are In Frustration 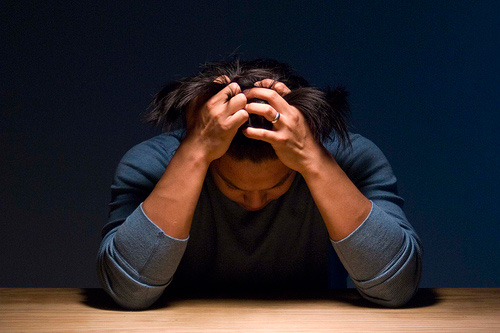 Frustration what you feel after you have been annoyed or upset especially if you are unable to achieve or change something. Below is a list steps to be followed when you are in frustration.

Rephrase your own feelings for you to feel in control of yourself.

• Wait Out Your Frustration

According to several researchers, neurological responses of frustration do not last more than two seconds. It also takes a lot of commitment for you to stay frustrated. Try to count to ten or recite the Allegiance pledge mentally and see if the explosion urge has diminished.

Each time you have an urge to blame, ask yourself who gave you the idea that you are responsible for it and if you really believe that. Having recognized the pattern, you should thank yourself rather than accepting all the responsibility.

• Challenge the Core beliefs that you have

Being genuine with yourself is the best way to challenging your core beliefs. The ultimate step to setting something right is recognizing that it is wrong.

Imagine that one of your friends is the in your shoes. How will she respond appropriately? She will have a list of actions planned to take. Ensure that you make a list of such actions and ask yourself why it is right for her to have such a reaction and not you.

Even after people frustrate you, try as much as you can to confront them positively. This helps since shying away from your problems usually does more damage than anger expression.

• Give them Straight Expressions

Sarcasm is believed to be a passive and aggressive form of communication. Use words that express your feelings head-on.

• Speak up before getting Bitter

Exercise assertiveness before you get to your breaking point to prevent popping out of a sarcastic streak.

• Permit yourself to get Angry

Tell your inner self that frustration is a method of saying how sick you are of people pushing you around. A mantra: Aggression is not fine; assertiveness is.

Instead of being late at attending meetings or failing to submit your report at work, gather all your courage and confront your boss. Tell her how you have a heavy workload or how you have misunderstandings with a co-worker. It will be difficult but easier than looking for another job.

• Get the Heart of your Frustration

Find out what is it that you are really mad about. Digging deep will make you realize that it is not about that empty carton of milk in the refrigerator, a stapler on the floor or any other things that have made you so frustrated.

• Have Clues of what Frustrates you

Be aware of feelings and actions that are associated with your anger. After identifying this clues, make an effort to avoid them.

This will help you halt rising frustration before it tries to overtake you. Severe cases of frustrations can cause mental problems and this is why the New ehic card has been introduced to deal with people with such cases.

In this article:Emotion, Frustration, Helath
Up Next:

Overcome a Plateau with Meratrim Supplements