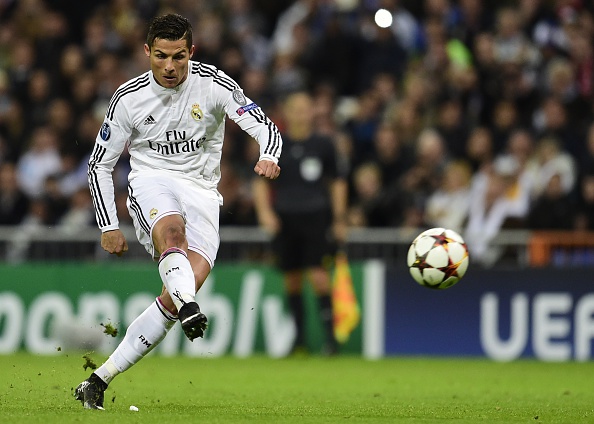 This July, experience the best that European soccer has to offer in Melbourne when Real Madrid takes on Manchester City. Come see World Cup heroes and some of the best stars the sport has to offer on July 24th at the Melbourne Cricket Ground, as part of the International Champions Cup in Australia.

Real Madrid is the most successful club side in the world, with a record 10 European Cup wins and 32 Spanish La Liga titles. They were named the FIFA Club of the 20th Century in the year 2000, and the lineup features a virtual who’s-who’s of international soccer. Past stars of Real Madrid feature such legends as Zinedine Zidane, David Beckham, Roberto Carlos, Luis Figo, Alfredo Di Stefano, Ferenc Puskas, and Hugo Sanchez. The current team also features such star players as Iker Casillas, Sergio Ramos, Toni Koos, and Luka Modric. Also in the team is World Cup star James Rodriguez, Welsh star Gareth Bale, and one of the most glamourous and exciting soccer players on the planet, Cristano Ronaldo.

While Manchester United has always had the most international recognition of any team from England, Manchester City has been the most popular team in the city of Manchester. The team has placed in the top six in the Premier League in attendance ever since moving into their new home, averaging over 40,000 in attendance each game. It was estimated in 2005 that Manchester City had over 2 million fans worldwide, but recent success of the team after the purchase of the club in 2008 by Sheikh Mansour has increased the number of fans worldwide.

Along with the new ownership in 2008, Manchester City has started to routinely be one of the top clubs in England, with two league titles and two cup titles won since the takeover. By comparison, the legendary English club Arsenal has not won any titles in that time span. The awakening of a sleeping giant of English soccer has led to many new international players making their way to playing on the blue side of Manchester. Current players include Argentina internationals Sergio Aguero, Pablo Zabaleta, and Martin Demichelis. Spanish stars Jesus Navas and David Silva also play for the club, along with French players Bacary Sagna, Samir Nasri, and Gael Clichy. England international goalkeeper Joe Hart laces up his gloves for the club as well.

This star-studded match will surely be a highlight of the soccer schedule featured in the International Champions Cup in Australia. With three matches between three of the best teams that Europe has to offer, these matches will be in high demand. The match between Real Madrid and Manchester City, the last of the matches, looks to be the highlight of the series, with both teams looking to prove something after falling short in their bids to win their league titles. Who knows? This might be a preview of the 2016 Champions League final. Come out and see these teams as they start their season in style down under.

In this article:Football, International Champions Cup in Australia, Manchester City Football Club, Soccer, Soccer in Melbourne
Up Next:

Broadway Play: Fish in the Dark