Not Satisfied? Getting a Second Opinion After the Visit to Dentist 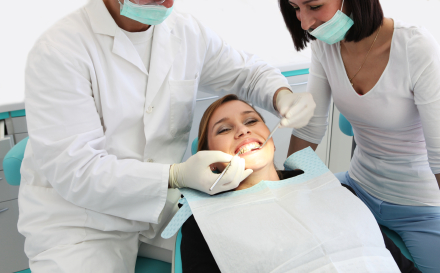 You and your child may have just returned from the dentist wondering what to do next. During the appointment, the dentist may have suggested that your child gets braces, or maybe they suggest that your child’s wisdom teeth need to be removed (the latter would normally only occur with teenagers). These types of procedures can take a lot of time, cost money, and often involve some pain and discomfort. But you may think if you seek a second opinion that you are undermining your child’s current dentist.

However, that is not the case. A Vancouver childrens dentist with integrity will not be threatened if you seek an alternative opinion from a reputable practice for your child’s oral health. For example, say the first dentist suggested that your child get braces in a year to correct some teeth crookedness. Yet you may look at their teeth and see nothing inherently abnormal, and your child may not mind as well. By seeking a second opinion you may find out that the crookedness is purely a cosmetic detail, and there’s nothing else wrong with the child’s teeth or the alignment of their jaw. But perhaps the second dentist confirms that the child will need braces eventually, as their jaw alignment could cause problems for them later in life. If this type of advice comes to the forefront, don’t seek to ignore it.

Perhaps you are really lacking in finances, and you can’t afford the suggested procedure at the moment for your child. The worst thing you could do would be to find an uncertified and incapable dentist to give you an opinion that would match the little money you wanted to spend. This could put your child’s oral health in jeopardy by ignoring whatever problem they may have by listening to unprofessional advice. If you are struggling financially, instead, ask your child’s current pediatric dentist in Vancouver, or another reputable dentist how long the child can wait before having the suggested procedure. In many instances (like getting braces), the need isn’t immediate, and the child could wait a year or two. Waiting to pursue a procedure should give you the ample time you need to get your finances in order to eventually go through with the procedure your child needs.

Six Signs You May Be a Sex Addict