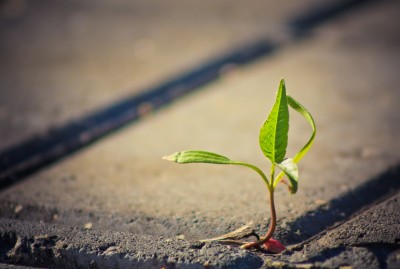 Business support centers hatch new companies by providing economical space, shared services, and free mentoring.
While still an undergraduate student at Union College in Schenectady, New York, Derek Mebus and a friend started building Internet portals for local government entities almost as a hobby in 2000. As the venture started growing, Derek needed to treat it like a real business and have a place to meet clients other than his dorm room. But he didn’t have the resources for rent and other office necessities like desks and photocopiers.
An instructor told him to check out the U-Start business incubator. “There are two business incubators in Schenectady, and we didn’t know about either of them,” Derek says.
Business incubators started opening around the United States in the 1970s as a means to encourage entrepreneurial ventures to succeed, add jobs, and build local economies. There are hundreds across the country. Most are nonprofit entities, many associated with educational institutions or local economic development agencies, which give their fledging tenants below-market rents; shared services such as copiers, receptionist, and conference rooms; and free mentors and advisors. U-Start, for example, specializes in high-tech start-ups. The incubator is an independent nonprofit that is associated with Union College, which does not make direct contributions but does provide two buildings for very low rent and takes care of maintenance and security, says Executive Director Jon Lemelin. The incubator’s operating revenues come from successful business leaders, banks, and foundations.
The capital savings and valuable free assistance can be the difference between success and failure for fledgling companies. Eighty-seven percent of firms that get their start in a business incubator survive, a much higher rate than start-ups in general, Jon says. And incubators create local jobs at about a tenth of the cost of public jobs programs.
Treetop Solutions moved into a nine-foot-by-nine-foot space in the U-Start incubator across the street from Union College. While the low cost was beneficial, Derek says, “We started realizing the real benefits after we moved in. They assigned us a mentor who understood our business and had good industry contacts. She helped us realize everything we needed to be a successful business.”
Treetop Solutions also greatly benefited from quarterly meetings with Jon Lemelin at which Derek explained the company’s progress on its goals, examined any goals not achieved, and set new goals for the next quarter.
“It gives you a sense of accountability,” Derek says. “It allowed us to figure out what business we were really in.”
Treetop Solutions quickly found that the portal part of the Internet was saturated and the company needed to identify a clearer niche. With the help of U-Start mentors and advisors, the company evolved to provide Web sites and online tools and services for small to mid-sized companies that don’t have in-house information technology departments.
Treetop Solutions has grown so much that it moved out of U-Start but remains an affiliate eligible for the free mentoring and quarterly accountability meetings. It has six employees and some interns from the college.
“These high-tech companies not only provide their own jobs but their employees require a lot of subsequent services,” Jon says. “They need restaurants, dry cleaners, retail stores. There’s leverage that lifts the entire economy.”

Brandon is a freelance blogger who loves to write on topics related to business and finance. He occasionally writes for  for Rob Mericle, President of Mericle Commercial Real Estate Services.

In this article:Business, business incubators
Up Next:

Business Success – What You Should Prepare?

The Importance of the Correct Domain Name for your Startup Company