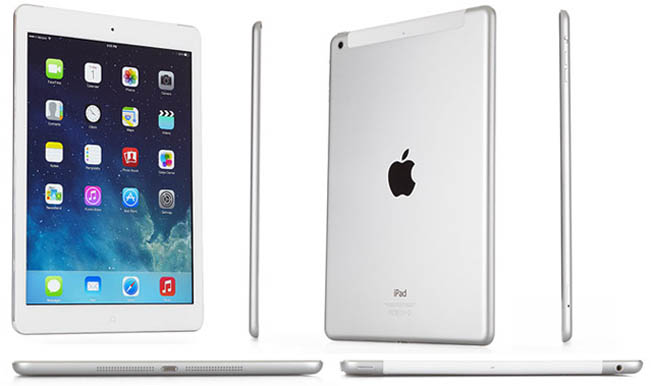 Rumors are directing towards that the iPad Air 3 could introduce to us with slimmer design and with the release of the iOS9. The latest operating system is likely to be released on the launch event most probably in the second half of this year, as Christian Today proclaimed…

Reportedly MacWorld asserted that Apple should come with the sleek iPad Air design. The iPad Air 2 was the thinnest tablet that the Apple has ever given to us. It is 50 percent the thinner than the original iPad. MacWorld also claimed that if there will be more thinness in iPad Air 3 then would create issues in flexibility. Apple’s iPhone 6 and iPhone 6 Plus phones is having several issues when you bend it.

Here you can see the different concept in iPad Air’s design. Apple will for sure retain its classic design. But it is likely to have iPad Air 3 with a new RAM upgrade. It is making us believe that this tablet will be more eligible in case of memory. According to the rumor, it could have RAM of up to 4GB.

The two grand things will happen together as iPad Air 3 and iOS 9 will release at the almost same time. It is also saying that tablet would release later this year while operating system will be ahead in this. The iOS 9 will have more speed and will be vastly performance-oriented. It will also introduce latest and improved Siri that will allow you to stay connected even when you are connected to Internet.

The iOS 9 will be undoubtedly more promising. Using it means more fun, as you can change the theme and colors of their operating system. Other promising thing is the wireless charging and multiple user accounts, so that will make the new iPad Air more exciting to use.

Other rumor is directing towards that the new iPad Air will have a stylus. Android Origin also felt that the mute toggle switch feature will create resurgence on the iPad Air 3. It is most probably saying that the upcoming model of the tablet will get the new Apple Pay and Touch ID features.

It is previously reported that users still like to have iPad Air 2. Apple fans adore the slimmer design of the tablet for their hand as they want to be more comfortable with the device. IPad Air 3 will be slimmer than iPad Air 2 and also will more potential in hardware and software both. Apple fans are eagerly waiting for the iPad Air 3 to check out the slimmer device would be like what in touching or in holding. So, Apple should be going with rumor as people may not be happy if the iPad Air 3 becomes a thicker and larger version of its predecessor. iPad Air 3 will soon give us surprise with its existence in the market and there is huge chance of its popularity among people due to its unique features.