I have no issues with Emeka Ike – Ibinabo Fiberesima 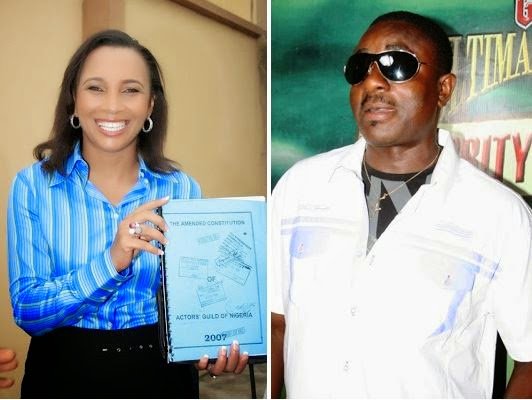 Ibinabo Fiberesima, President of the Actors Guild of Nigeria (AGN), issued an official statement clarifying all court rulings and controversies surrounding her seat as AGN President as well as her relationship with Emeka Ike.

The statement which was signed by Media Coordinator, Ekine Stronghold disclosed that Mrs Fibresima has no issues with actor, Emeka Ike and she will continue to address the welfare of Nigerian actors and actresses which he was elected into power to do…

Read the full statement below:

The President of Actors’ Guild of Nigeria, Ibinabo Fiberesima Egbuka wishes to express her heartfelt appreciation to her members, Nollywood practitioners and teeming fans.

The love and support you have shown towards her is overwhelming. The moment the news of the court ruling filtered in on the 16th of March 2015, our office have received a barrage of phone calls, emails and text messages from so many people expressing their concern, support and love.

Some made us laugh, some made us cry. A particular individual sent a picture which is attached and said “I don’t know you but may this love in your heart never leave your industry. Love conquers hate. Love is what your industry needs and you carry it so hate will look for every reason to fight you whether genuine or not”. That, made me cry.

Sadly, that fellow’s prophecy has also come true as a few people that don’t mean well for the industry have used the opportunity to ferment trouble and open old wounds. This is not right. Hence, It is important to make certain clarifications on the matters on ground.

1. The news of the court ruling annulling the November 2012 elections is true and as law abiding citizens, we will not do anything outside our constitutional right.

2. We have expressed our right and have appealed the case.

3. The Judgment did not make Emeka Ike the president of the Actors’ guild of Nigeria.

4. The court judgment points to the direction that the election that brought me in was illegal.

5. The case in question is between actor Emeka Ike , the board of trustees and the Segun Arinze lead government of National unity. It is not between I and Emeka Ike as some blogs have wrongly reported. I have no issues with Emeka Ike.

6. The Board of trustees has done well to uphold our constitution’s provision that there cannot be a lacuna in government, hence Ibinabo Fiberesima Egbuka remains the President of Actors Guild of Nigeria.

7. Ibinabo Fiberesima Egbuka remains committed to the well-being of the acting community of Nigeria. That is what she was elected to do. That, she we will continue to do. AGN….. The show must go on.

Photos From The Showbiz Interactive Session with Pres Jonathan On Sunday