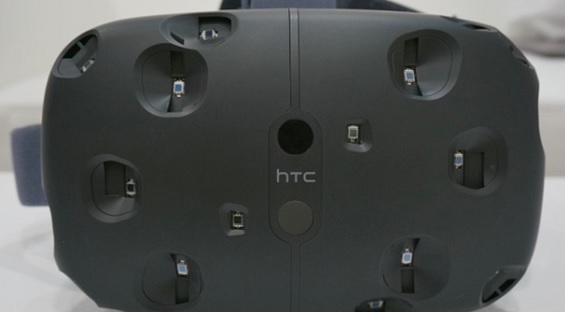 It has been a long time since Virtual Reality has been touted as the next big thing in technology circles. However after decades of falls and disappointments, the world is still grappling with hardware shortcomings and technological imbalances that still prevent the reality from taking shape. This is not to say that we haven’t advanced in this segment. On the contrary, we have made rapid and huge strides forward in the right direction which takes us to the latest Virtual reality headset developed by HTC in partnership with Valve; the HTC Vive VR headset. So, is HTC finally winning in a segment that has seen industry giants like Sega, Nintendo and the likes trying and failing? Let’s find out.

The MWC 2015 had seen a lot of triumph and brilliant innovations. However, the HTC Vive VR headset was clearly a show stealer with its unique concept and mesmerizing promise of virtual reality. The design is not much different from many of the other VR headsets available, but the model is lighter in weight and hence is more comfortable to wear. The device has straps that keeps it in place throughout the session. It may look a bit weird but the awesome VR experience more than makes up for it. There are two controllers that can be used like a game controller.

What makes the HTC Vive VR headset truly different from other VR headsets is the presence of sensors that lets the device anticipate your movements and enhance the VR experience even when you are in motion. For this purpose, sensors are placed strategically in the front and back and in the sides too. These sensors emit invisible laser beams which lets them keep track of your position.

Another significant improvement this device demonstrates is in the wireless connectivity department. Apart from the wire that connects the headset to the computer, there are literally no wires required. The high configuration of the device ensures smooth operation with your virtual experience meeting the reality. A live demo offered by HTC to a select list of individuals has been an instant hit in the MWC 2015 with almost all the users at a loss to experience the incredible VR experience. If the reaction of these people is anything to go by, we may finally have found the solution to the VR lock that has been haunting us for decades.

It is too early to say how the technology world is going to greet the HTC Vive VR headset. They cannot be blamed if they are a bit skeptical with anything related to VR after the kind of past experiences they have had. Not even HTC expects this to become a global phenomenon and to hit a sale of billion units. VR has always been and always will be limited to a privileged few and it is to this market the HTC Vive VR headset is appealing. Not many of us can afford to spare a large enough room devoid of obstructions to truly experience the HTC Vive VR headset. However, for those who can afford it and is privy to the possibilities of VR, this is as good a device as any you will lay your hands on.

The HTC Vive VR headset is all set to hit the markets sometime in the later part of 2015. We are not quite sure if it will be a worldwide release or one that is restricted to a few countries. More details on the same will be accessible in the coming months and we will keep space updated with the details as soon as we have them.

If you want to get some more additional information then visit: DirtBike Games 365!

In this article:DirtBike Games, HTC Vive VR headset
Up Next:

How to transfer music from iPhone, iPad and iPod to Mac