How To Avoid Debt 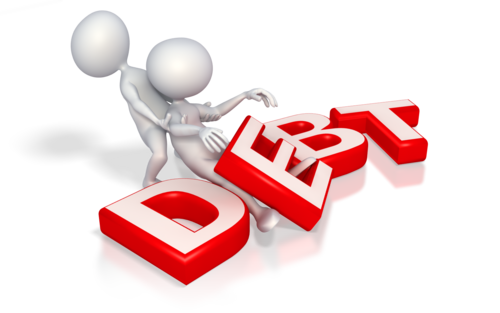 For many people, avoiding debt is a lot easier said than done, especially with the ever-growing abundance of credit cards in the world. More often than not, people are eager to take on more and more debts so long as they can have the toys and other material goods in their arsenal for the war against the Joneses.

Unfortunately for them, the money they owe eventually piles up and they get sucked into a financial black hole that’s damn near impossible to crawl out of. It’s the harsh reality of the situation, but it doesn’t always have to be like this. If you’re on the precipice of financial fallout, or simply looking to avoid it altogether, here’s how:

Pay off What you Can

First and foremost, you need to pay off any outstanding debts that you have, and you need to do it as soon as possible. There’s nothing worse than racking up interest on money that you owe, especially if you’re able to pay it off gradually. If you have yet to set up some kind of payment plan with your creditors, there’s no better time than the present to do so!

Also, if you’re the type that has your fair share of debts around town, consider consolidating them into one large sum. It can be a little scary to see the grand total, but it makes paying them off a little more manageable, and in most cases, makes for a more affordable interest rate, thus saving you money.

Don’t Spend What you Don’t Have

It may seem like a no-brainer, but it seems like people need to be reminded of this from time to time. Maybe it’s the over-saturation of credit card companies, or maybe it’s the fairly easy access to loans these days; either way people are more than ever all too eager to spend money that they don’t have on goods and services that they don’t need.

Although there are several exceptions to this rule (i.e. buying a house, a car or any other big ticket item) spending money that you don’t have, or even charging to your credit card, is something that should be avoided unless otherwise absolutely necessary. It’s up to you to draw this line, but as a general rule, don’t do it.

At the end of the day, the best way to avoid debt, is by cutting back on your spending. According to how money works, the more you spend it, the harder it is to save, thus creating an imbalance in your wallet. This poses countless problems, and if you’re not careful, can result in bad credit, repossession, or worse.

So, live simply. If you don’t need something, don’t buy it. If there are certain luxuries you can live without, then do it. Once you’re able to scale back your expenditures and put that money toward your future, you’ll be able to start on the path toward financial freedom. But, it’s only when you’re brave enough to have nothing, that you’ll be ready to have everything.

Frank McCourt is enjoying a life without financial burden. He’s asleep on a beach somewhere.