Nigerians have not yet come to terms with the announcement that the General Overseer of House Hold of God, Rev. Chris Okotie made concerning the ending of his marriage to Stephanie.

Many reactions have been gotten via mails and comments on so many social websites, but as usual practice some well known celebrities were asked for their reactions and the following responses were gotten:

He is at liberty to live his life the way he wishes. Most times Christians live and die in a marriage that is not destined to work at all in the name of â€œno divorce, no polygamyâ€. But being a man of God, I think he should watch his actions and hear from God-because they (Pastors) always advise us against divorce.

Rev. Chris Okotie is a man of God who is trying to prove to us that there are certain things you cannot take, even as a pastor. The public should also know that being a pastor does not take away free will or right to choice of relationship. Though marriages are crashing on daily bases; hence we may say, â€œFirst fool is not a fool, but what happens to a second fool?â€

Nobody would be happy to break up with his or her partner because I am sure they were in love with each other before they decided to marry. I think the media is not helping matters too. Let us leave them alone. Itâ€™s their personal lives.

Divorce is a normal thing that can happen when things go wrong and canâ€™t be reconciled. Itâ€™s better to separate than to suffer. Even if he is a pastor he is human too.

Well, what do you say to this kind of thing? Itâ€™s a very difficult one. I really donâ€™t know what to say. Marriage is an institution where you either pass or fail. One has to be very careful.

Itâ€™s a very serious and â€˜interestingâ€™ situation. I cannot really judge him because he is a pastor and a teacher of the Bible â€“ a man under authority and knows what the Bible says about divorce. Again, despite his pastoral portfolio, he is still human and must have his challenges. As a pastor, role model and public figure, he owes God, his congregation and the society (fans) an explanation.

He has done that to some extent. It would be interesting to know what counsel he would give to many folks in his church who have troubled marriages. It is indeed a very delicate situation. 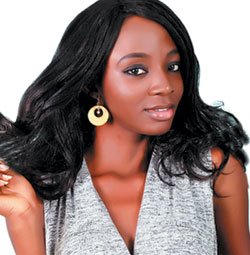 Divorce is something I canâ€™t talk about. It is personal. So, whether their marriage crashed or not is not my business.