Connect Internet Industry Contribute 2.2 Billion To The European Economy In 2030 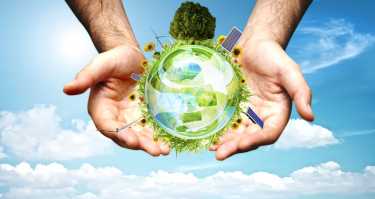 A report published by General Electric encourages the EU to invest in connecting machines, people and data.

The European economy is on track to benefit from the economic revolution that involves connecting internet industry. According to a report released Wednesday, Europe could add 2.2 billion euros to its GDP in 2030 if it focuses its efforts on so-called “Industrial Internet,” a new vision of the productive understood as a global network that connects people, the and machine data . This encounter between minds and machines is the new paradigm that structures are shifting large companies like U.S. conglomerate General Electric, authors of the report.

“We believe that Europe is well placed to benefit from the advantages of this new revolution, which could help push economic growth while strengthening its position in a global market increasingly competitive,” says Marco Annunziata , chief economist at General Electric.

In the presentation of the report on Wednesday in London, in the spectacular setting of the old Battersea Power Station, Jeff Immelt , CEO of the American giant, which includes interests in the energy, aviation and health-explained some practical applications called “Industrial Internet.” According to the study [here it his website ], the European industry could save billions with getting only 1% additional annual productivity due to this revolution in the next 15 years.

They cite the example of the health sector. According to his calculations, last year was spent on health care in the EU 1.3 billion euros. Globally, it is estimated that 10% of this expenditure is wasted due to inefficient management systems , of which 59% is wasted in clinical inefficiency in operations. “Sometimes in a hospital does not know where the equipment is as elementary as that,” Immelt explained. “And we are developing applications that locate permanently the location and status of machines,” said.

Your company has announced plans to invest nearly EUR 1,500 million in five years in this type of applications and software in the health sector. In the same field, experts emphasize the p osibilidades of using large databases to advance medical research . In the case of cancer diagnosis, for example, the literature has identified by medical science “traditional” until eight indicators of the presence of tumor cells. By analyzing data from thousands of patients and their diagnoses, computers have been identified in recent years to twelve indicators.

Kenneth Cukier , a specialist in technology of “The Economist”, explained well in the report what specialists refer to as Big Data: “It is something amorphous, we need a concrete definition, but refers to what we can do using quantities huge data could not do before without those volumes of digital information. ” The so-called Big Data, passing the examination and treatment of millions of digitized data for trends or solve problems, has been used recently, for example, to predict the behavior of financial markets . In the world of Big Data, “more is not only able to do more, means to do differently,” he concluded.

The report’s authors estimate that such applications the capabilities of industrial scale digital environment may be applied to half of global GDP by 2025. In another area, the commercial aviation, estimate that a 1% improvement in efficiency and productivity allow industry in Europe save about 7,000 million in fuel in 15 years. The European aviation industry spends each year 35,000 million on fuel for their planes.

In this way, they believe that the EU could generate those 2.2 billion by 2030, equivalent to almost a quarter of the continent’s current GDP. But they warn that happens for betting on what they call the “magic bullet” for innovation, a goal complicated by the age of austerity. “Europe will have to reconcile the need of trimming the ongoing debt with the need to generate more rapid increases in income,” says the report.

Author Bio: Ankur is the Digital Media strategist of SEO India Agency. He is also an active blogger and loves to share his experience and knowledge of the SEO India, Internet Marketing and reputation management.

Few Online Games Which Can Help You In Your Personal Development