5 Movies Not To Miss This Holiday Season 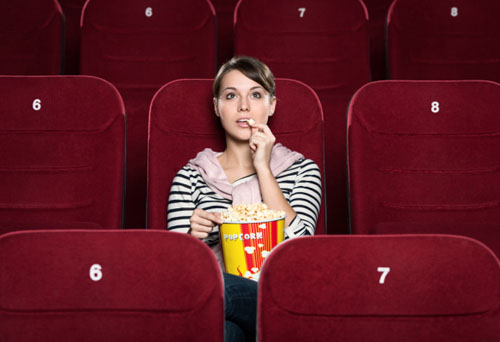 The holiday season is often the busiest time of the year. Between family gatherings, Christmas shopping, tree decorating, Christmas pageants, and everything in between, it can be easy to forget about taking a break and relaxing. But, with the film industry releasing some of the most long-awaited films of the year during the holiday season, don’t let the season’s chaos keep you from missing these soon-to-be Oscar nominated films:

1. The Hobbit: The Battle of the Five Armies

The final piece of The Hobbit trilogy releases this December. The epic fantasy adventure film, directed by Peter Jackson, was preceded by An Unexpected Journey (2012) and The Desolation of Smaug (2013). The final installment of the trilogy focuses on Bilbo Baggins and Thorin Oakenshield as they attempt to defeat Smaug, while Gandalf does his best to keep Sauron from destroying Middle Earth, setting up the perfect platform for Tolkien fans to re-watch the Lord of the Rings trilogy on their connecticut u-verse.

Mockingjay is the final installment of The Hunger Games book trilogy and the first part of the two-part cinematic experience. Releasing late November, Hunger Game s fans have been anticipating following Katniss Everdeen, who, after escaping the Third Quarter Quell, shatters the Games forever. As she fights to save Peeta and a nation against the powerful District 13, will she be able to keep it together or will she succumb to the pressure around her?

Starring Justin Long and Emmy Rossum, Comet is a comedy-drama indie film that premiered at the Los Angeles Film Festival in June and will be released worldwide on December 5th. Set in a parallel universe, Comet follows the unlikely couple’s six-year relationship. Time-wise, the movie jumps around, giving the audience an incredible insight into the complexity of the relationship between the couple. As the movie unfolds, the five chapters the movie jumps between captivate the audience, revealing a realistic portrayal of the nature of love, life, and truth.

An American crime drama directed by Rupart Wyatt, The Gambler’s screenplay is based of the 1974 film by the same name. The remake stars Mark Wahlberg, Michael K. Williams, and Jessica Lange. Set to release in early December, the filmed received high reviews from its AFI premier in early November. The film follows Jim Bennett, an English professor who leads a secret life as a high-stakes gambler

The British biographical film follows a radical painter, J.M.W. Turner, and his last 25 years of life as an eccentric artist. According to the film’s writer and director, Mike Leigh, Turner is described as a “revolutionary painter,” explaining, “I felt there was scope for a film examining the tension between this very mortal, flawed individual, and the epic work, the spiritual way he had of distilling the world.”

Through this busy season, be sure to make a little weekend time to catch these award-worthy films.

Can Remote DBA Responsibilities Be Outsourced?